Consumer spending grew 3.5 per cent in October, yet festive season set to be impacted as Brits plan to reduce Christmas purchases 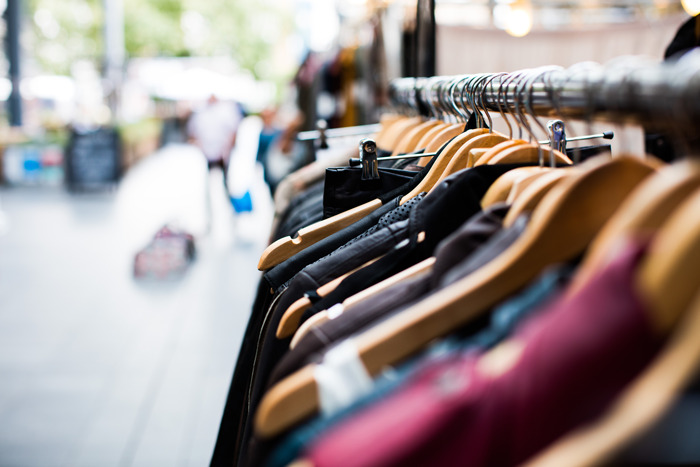 Consumer card spending grew 3.5 per cent year-on-year in October – higher than in September (1.8 per cent) but well below the 8.8 per cent rise in consumer price inflation – as the cost-of-living crunch continues to put pressure on Brits’ personal finances.

Data from Barclaycard, which sees nearly half of the nation’s credit and debit card transactions, reveals that spending on essential items – such as fuel and groceries – increased 5.7 per cent year-on-year, steeper than September’s growth (3.3 per cent), reflecting the impact of rising inflation.

As petrol and diesel prices started to creep up again, fuel spend rose 17.7 per cent year-on-year, 6.6 percentage points higher than last month’s uplift (11.1 per cent), while public transport – though still in growth (10.9 per cent) – saw its smallest rise since March 2021, when the second Covid-19 lockdown measures were still in place. This muted growth was likely due to the rail strike action in October, as well as office workers choosing to cut back on commuting and instead work from home more often (14 per cent) to save money on travel.

Supermarket shopping grew 4.6 per cent – 1.8 percentage points higher than last month (2.8 per cent) as the cost of food continued to rise. In response, two thirds of Brits (67 per cent) are looking for ways to get more value from their weekly shop, with almost half of these shoppers (48 per cent) paying closer attention to the prices of items they buy regularly, and the same number buying budget or own-brand goods over branded goods. More than four in 10 (44 per cent) are opting for cheaper “wonky” vegetables, and one in four (26 per cent) is only buying items that are discounted or on offer. A further 13 per cent are even growing their own produce at home to save money.

Spending on utilities grew 36 per cent – much lower than September’s increase of 48 per cent – as many households started receiving their discounts from the government’s Energy Bills Support Scheme. Meanwhile, two in three consumers (66 per cent) are finding ways to save energy at home to reduce the cost of their energy bills. Many of these Brits are wearing more layers at home (63 per cent), while 56 per cent are avoiding using central heating unless absolutely necessary. In addition, one in five (20 per cent) have bought an electric blanket or hot water bottle to keep warm in the evening, and almost a quarter (23 per cent) are buying or already using an air fryer to help reduce the cost of cooking.

Spending on non-essential items rose 2.5 per cent year-on-year – higher than September (1.0 per cent) but lower than July (8.0 per cent) and August (3.6 per cent) – with several categories recording moderate growth due to rising inflation, as well as changing consumer behaviours.

Clothing saw a noticeably smaller decline (-0.5 per cent) than in September (-4.1 per cent), as did department stores (-1.0 per cent versus -3.5 per cent the previous month). However, this improvement can be traced back to September 2021, which was a particularly strong month for clothing with many Brits returning to work for the first time post lockdown, and parents restocking wardrobes for the start of the new school term. After a bumper September, clothing spend dipped in October last year, making 2022’s figures look more positive in comparison.

Pharmacy, health & beauty stores were a bright spot, growing 3.8 per cent in October – considerably higher than last month (0.8 per cent) – suggesting that image-conscious consumers are still keen to purchase items such as make-up and toiletries, even while spending more nights in.

Spending on home improvements & DIY, which has recently seen a downward trend, also saw improvement in October, with its smallest decline (-1.2 per cent) in eight months – a possible sign that Brits are spending more time and money sprucing up their homes in preparation for the winter months.

The hospitality and leisure sector grew 10.2 per cent, however this was the smallest uplift for the category since March 2021, possibly due to the impact of rail strikes as well as rising living costs. In fact, of the half of Brits (52 per cent) who are cutting back on discretionary purchases to afford their energy bills this autumn and winter, six in 10 (62 per cent) say they are spending less on eating out at restaurants and 37 per cent are buying fewer cinema tickets. This perhaps explains why restaurants contracted -11.3 per cent and entertainment slipped back into decline (-1.0 per cent) in October.

Bars, pubs & clubs, however, saw a slight improvement (1.7 per cent), though prior to September this would have been the smallest growth for the category since March last year.

Some “insperience” categories saw a boost in October, including digital content and subscriptions and takeaways and fast food, which grew 4.8 per cent and 11.7 per cent respectively. This comes as half of consumers (50 per cent) are swapping nights out for evenings in to save money this autumn and winter.

With the festive season fast approaching, almost half (48 per cent) of Brits are planning to cut down on Christmas purchases, including festive activities and gifts, to save money this year. Of these consumers, six in 10 (59 per cent) will be spending less on gifts for family and friends, 44 per cent will cut back on festive food and drink, including turkey and mulled wine, and two fifths (42 per cent) will curb their spending on Christmas parties and socialising.

In addition, a fifth of Brits (21 per cent) plan to set a spending limit with their friends and family for gift purchases and a similar proportion (19 per cent) have started their Christmas shopping earlier this year to spread the cost. One in 10 (10 per cent) thrifty shoppers even plan to buy more second-hand / pre-loved items to give as presents this year.

Against a backdrop of political and economic uncertainty, confidence in the UK economy fell sharply to 15 per cent – the lowest level recorded since 2015, when Barclaycard began tracking this data – and less than half the level this time last year (31 per cent). Meanwhile, 92 per cent are worried about the negative impact of rising inflation on their personal finances, with 30 per cent of Brits assessing whether every individual purchase is necessary and a fifth (19 per cent) feeling that the cost-of-living squeeze is having a negative impact on their mental health.

Esme Harwood, Director at Barclaycard, said: “Rising petrol and supermarket costs continue to bite, but Brits are spending less on energy bills as government support kicks in and people find ways to economise at home. Consumers continue to swap big nights out for cosy evenings in as they reduce their discretionary spending, while health & beauty and home improvements enjoy a little boost.

“With the festive season around the corner, we’re likely to see further cutbacks, as Brits reign in their Christmas spending. Consumers are adopting a restrained approach to festivities, reaching for pre-loved gifts and setting spending limits to manage their costs during this traditionally expensive time of year.”